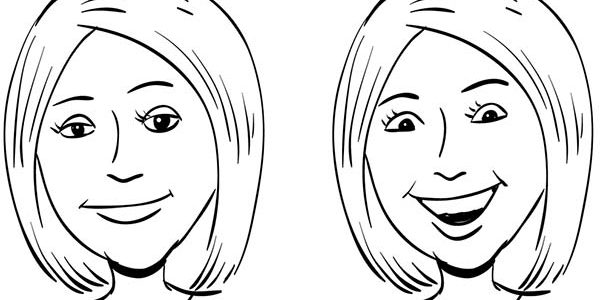 When people show submission, they have decided not to fight. They think that their best chance for surviving the situation is to let the other person have their way. Maybe they don’t want to appear threatening or they just don’t want to anger people any further than they have. Their body language shows no signs of the ‘fight or flight response.’

Their response may be by choice but many times it’s deeply unconscious. People will generally appear smaller, more open and non threatening.

Here are a few key indicators of submission.

When people shake your hand and their palm up at the same time, they’re telling you that you’re in charge on a very deep unconscious level. 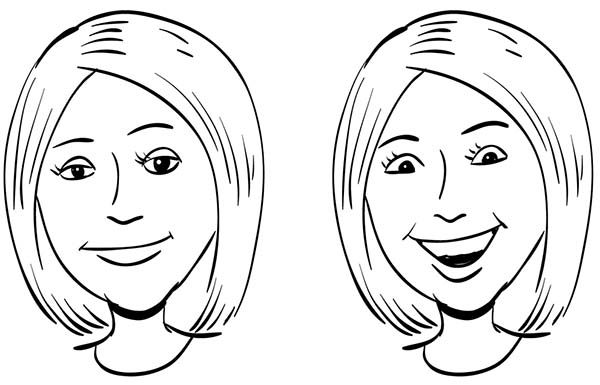 The girl on the left is showing a fake smile, which can be submissive body language. On the right she’s smiling with her eyes, too which indicates a real smile.

Additionally, a submissive person will remain as still as possible. They won’t look at the other person, especially when being stared at.

They may even arrange themselves to be lower than the other person to show that they’re not a physical threat. These gestures can go so far as to include kneeling or bowing. In some cultures, these are typically used as formal greetings to important people such as kings, company presidents and even your direct manager at work to show you are obedient!

A submissive stance is narrow, so as to not take up much space. Submissive people can even seem as though they want to disappear!

So if you see these behaviors, you know that you don’t need to be too tough on the person as they are already compliant and agreeable to you. You’ll get your way very easily! If you want to coax them out of their submissiveness, don’t overpower them with dominant body language! Make yourself small until you’ve created a great connection with them and have found some common ground. Then you can gradually go back to being bigger and they will, too. You’ll get more benefit from being on common ground and letting them step into their power.