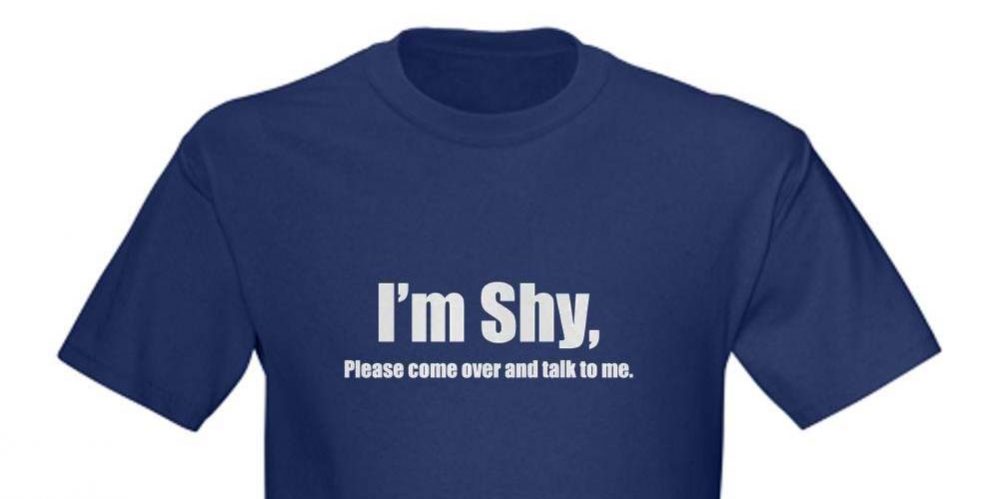 Every guy will tell you if they’re into you with their body language. A shy guy may be harder to read, though because he can be very self-conscious! You’ve got to become a bit of a body language expert to interpret these quiet creatures, but with a little attention to detail you’ll easily spot the small signs he’s into you right away.

When interpreting anyone’s body language, it’s important to watch them for a bit and get a good read on their baseline behavior. So just watch the situation for a few minutes. How is he acting? Does he act differently around you than with his buddies? For example, is he more boisterous around his friends and gets quieter around you? That’s a sign he’s into you!

When a guy likes you he’ll want to be closer to you. Does he walk past your desk even though there’s a shorter way to his destination? Does he sit by you even if there are plenty of other places available? He can’t help himself. It’s another sign he’s into you!

How to know if a shy guy likes you without talking

Most of our communication happens non-verbally, without talking.  So watching your shy guy will tell you more than his words ever will.

If he makes eye contact with you just immediately before he steps out of a room, even when he’s with his buddies or co-workers, it’s a sure sign he’s interested in you.

When you catch him starting at you from across the room and he looks away the instant you catch him, he’s probably into you. Science has proven that it’s not the length of his stare that indicates his level of interest; it’s the frequency of his stares. So if you catch him more than a few times, it’s a dead giveaway that you’re irresistible to him.

Watch a man’s gestures closely and you’ll see this: Even from across a room, he’ll gently copy your movements. For example, if you pick up your drink and have a sip, he will too! If you shift and fidget in your chair, so will he! He won’t even realize he’s doing it. But it’s a sure sign that he wants to be connected to you.

Shy guys will be more self conscious because of their shyness which can make some of his body language harder to detect. Here are a few behaviors that are a little more sub-conscious and harder to hide:

Is he using Flirting body language?

When we see things we like, our eyes will dilate. It doesn’t matter if it’s a puppy, a baby or a gorgeous girl like you. You do need to pay close attention to see his pupil size. Sometimes the dilation will be slight and hard to see, other times it will be bigger. Practice to paying attention to this detail in everyone you meet and you’ll be able to decode your potential shy love interest much more easily when you need to.  If he’s just yanking your chain and not serious, those eyes pupils will stay their regular, smaller size.

The same way his pupils dilate when he sees something he likes, his eyes will soften around the edges. You’ll see the wrinkles go away! Taking a baseline like we talked about above is important to being able to determine if this is really going on.

Finally, he’ll go out of his way to touch you during a conversation. Even if the conversation isn’t that meaningful, it’s an unconscious response to want to touch things we like! So watch for quick touches of your arm or leg. If you get even one touch, he’s revealed his true feelings.

Here’s how do shy guys act when they like you

If a shy guy…or any guy… likes you.  He’ll do something about it.  He’ll man up.  He’ll talk to you,  He’ll ask you on a date.  He’ll look you in the eye.  And most importantly he won’t play games.  Here’s a little tough love:  You deserve to be treated like a queen.  Why would you hang around and let yourself get treated like anything less?

And there’s the possibility he’s just not that into you.

I hate to say it.  But when a shy guy just won’t ask you on a date, it’s likely his fear or refection is greater than his affection for you.  Or his other commitments…(like a girlfriend or marriage) are telling him to not go for it.  So you’ve got to be cool.  It’s great to feel wanted..  But remember he’s showing you that your’e only semi-wanted….to him.  Move on and you’ll find the right guy who wants you enough to be willing to take the risk to ask you out and be your man.