Peyton has denied the charges and so have key doctors and employees at the clinic.  The medical personnel in question have refuted their own recorded statements.

What’s the truth in the situation? Peyton Manning claims he’s’ disgusted’ and ‘furious’ with the Al Jazeera report.   Does his body language reveal anything in his ESPN interview?  Watch this and let’s deconstruct:

Here’s what I notice.

1.  Peyton’s level of anger is quite high and escalates through the interview. His face is much tighter than usual and he shows his teeth more than usual.  This is consistent with people telling the truth.  It’s hard to fake anger for long periods of time and you won’t see innocent people be able to maintain this level of intensity throughout even a short interview.

2.  He usually has a bit of a sneer with his top right lip.  It’s much more pronounced when he mentions his accusers. He says he’s disgusted and this lip movement is consistent with that emotion.

3.  When he’s directly asked if he used performance enhancing drugs he initially and purposefully shakes his head no.  He only moves to a positive nod to accent his point. the body can’t lie and the initial head shake or nod is super important when deciphering lies from truth.

My analysis:  Peyton is telling the truth. He’s drug free and healed up naturally.  Now let’s get back to football!

Want to know more?  You’ll like my book, Body Language Confidential.  Get your copy today! 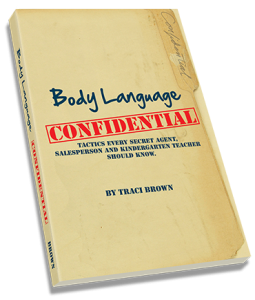