You did it!!  Congrats on completing an entire month of Fraud Spotting training.

Here are the answers to the test for your review:

I believe Tonya is lying for the following reasons:

– As she answers the questions she shakes her head from side to side indicating that she doesn’t believe what she is saying.

-She distances herself from the situation by saying that she doesn’t know anything about what is happening, twice.

He’s rocking back and forth on his feet – anxiety.

He shrugs and his palms go up as he retells his story.

Lack of emotion and he pauses and stumbles and he answers. He has no emotional attachment to his story of being robbed at gunpoint in a foreign country. He shows no fear or even bravado, just emotionlessness.

I don’t think he is.  His head movements and his positive and negative responses match up.  He is showing fear with his wide eyes.  His tone and pace seem normal

He nods his head up and down the entire time he says he did not kill Jon Benet.

The mother nods a bit at first but does a much longer shake of her head no as she says she had nothing to do with it.

He may be showing some contempt, thinking he’s superior.  BUT he pulls the right corner of his mouth back in his normal baseline behavior.

When he says his statement was degrading to women — he smirks – crooked smile.

He itches his face – Because he is an itchy liar and anxious.

He shakes his head NO when he says:

* I sincerely apologize to you. (And then sucks his lips   into his mouth.) “ LIAR!

* I try to use my platform to inspire others.“ LIAR!

* What I did was extremely unacceptable (And then he smirks again.) â€“ LIAR!

He says to the kids, Don’t be like me. — With a smirk and a crooked smile.

To all the women, I sincerely apologize.  — He again shakes his head NO.

Her voice rises, she’s excited and angry.  She’s being forceful.

She nods YES when she says, “I did not write that.”

Her legs are crossed and she’s hugging herself like she’s tense.

Asking easy questions to get a baseline and, while the rest of the meeting is going, keeping an eye out for deviations.

* Yes he is lying

* He is lying about where he got the cut and what happened.

* He answers questions with another questions

* He changes the subject to say he has guns which has nothing to do with the question of where he got his cut.

How does he feel about it?  What emotion does he leak?

Yes, he stuttered quite a bit and did not specify right away what he didn’t do, just said I wasn’t ready.  Then said I didn’t do what they said I did.

I believe he feels a since of pride for what he did to Taylor Swift.   The telltale is his lips.  he is trying to hold back a smile–he’s happy about what he did!

And then of course there’s the picture of him with his hand on her butt. 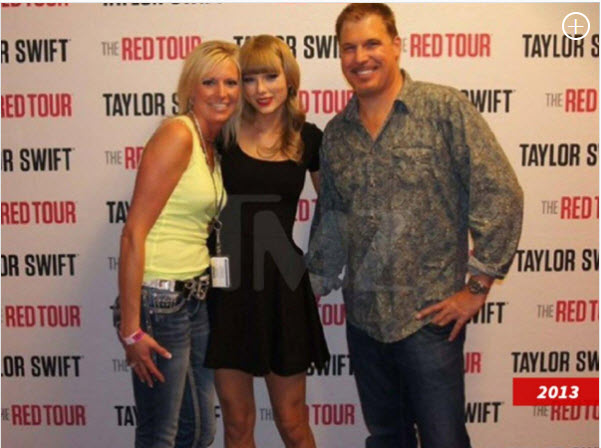