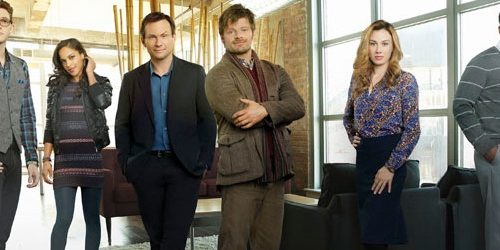 In the new series “Mind Games” on ABC, two brothers with a questionable past played by Steve Zahn and Christian Slater open an agency in the business of changing other people’s minds almost sub-consciously. They use body language and other simple psychological strategies to influence situations to benefit their clients and also try to do good in the process.

Episode 2 focuses on exploiting asymmetric dominance in decision theory using a tactic called the decoy effect. It’s a persuasion tactic most often used in advertising (decoy marketing) to influence consumer behavior and choice. But, in this storyline, it’s used to ensure the most qualified candidate at a corporation gets the job of CEO as opposed to the best looking candidate which the board thinks will help stock prices.

This episode focuses on the fact that the part of the brain that has the most weight in decision making is out of your control. It’s the primitive part of the brain and will win every time over logic especially with snap decisions.

It’s a bit hard to elegantly explain. In the show there were 2 candidates for a CEO job: one old and experienced, the other young and good looking. The team at Edwards and Associates devised a way to get a decoy candidate into the interview race. This decoy was also old, but not qualified. But with 2 old people, this made the young person seem like an inferior outlier. Our natural tendency is to then choose the most qualified of the old people. The Wikipedia entry on the decoy effect explains the details using a price related example.

Want to know more? Get your copy of the Mastering Magical Persuasion e-book and video. And when you really want to dive deep, hire me to train your company team or association. In no time at all, you’ll be starring in your own episode of Mind Games—and getting lots more of what you want. The good thing is that it won’t be on TV, it will be your life!