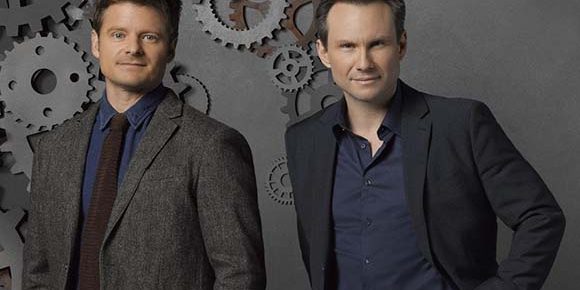 In the new primetime series Mind Games on ABC, two brothers played by Steve Zahn and Christian Slater start a business that specializes in covertly influencing other people’s minds. They implement simple psychological strategies to influence their client’s life altering situations. Are these tactics real or just made for TV? And will they work for you? Are these techniques even ethical?

Episode 3 focuses on hypnosis, although they don’t really use that word. Parents of a 20 year old girl have tasked the brothers to get their daughter out of a cult. They make it their job to get her to change her own mind….to move towards the parents–wanting to come home– and away from a cult leader who’s using many of the same persuasion tactics to keep her committed to him.

This episode focuses on the art and science of hypnosis to covertly change other’s minds. The premise is that people like their own ideas better than the ideas of others. So their focus was to get her to change her own mind, without her knowing it and be happy about it. Their goal was designed for her to be very accepting of other’s ideas and to do this their tactic was to subconsciously blur the lines between her and them. When these lines are blurred subliminally, people will think the words that come out of your mouth are their ideas. It’s very powerful and can work like a charm in just about any situation in real life

Here are the techniques they used and what I think about it as a body language and persuasion expert:

This episode of Mind Games struck me as featuring far fewer persuasion and influence tactics than in the previous two. It seemed to focus more on the drama between the main characters and their lovers. I hope that this show doesn’t go down the path to becoming lighter on tactics.

Want to know more? Hire me to train your company team or association. In no time at all, you’ll be starring in your own version of Mind Games on ABC—and getting lots more of what you want except it will be your life and not fiction on TV!