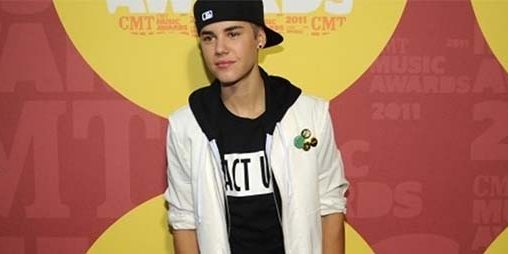 Guys can seem to be hard to figure out. Does he like you? Does he just want to be friends? By attuning your eye to watch his body language more closely, you’ll get all the answers you need. Some guys will make these movements big and easy to read, shy guys will be more covert about it.

Signs He’s Into You

A guy may feel the urge to hold your hand or make some other gesture of affection such as touching you on the arm or hand, but may pick lint off of his shirt or straighten his collar instead of acting on his real urges.
Also, guys may get a little nervous around you if they find you attractive. This causes the small capillaries in his face to swell just a bit and itch. If he scratches his face a little more often than he would around his buddies, it’s a sure sign he’s into you. This happens quickly so watch closely for this! 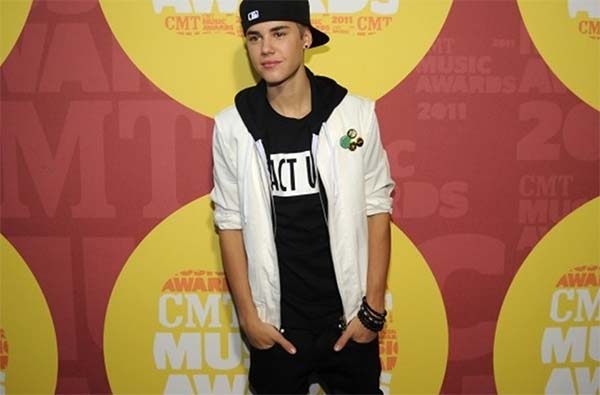 Here’s a picture of Justin Beiber. What are his thumbs pointing at? Yes, that’s right, his crotch. In this case wants everyone to know just how cool he thinks he is. If he was doing this with a girl he met for the first time though, we’d know he was attracted to her.

If you catch a man staring at you across a crowded room, you’ve got an admirer! Confident guys will hold that gaze, shy guys will look away and then look back…and then look back over and over again. Either way, they’re trying to connect with you. As you gaze across the room at each other, notice that you’ll start to do the same things at the same time like take a drink from your glass, stand up straighter, fidget or even itch your face!

Signs He Likes You

Guys will go out of their way to touch you when they speak if they really like you. It may be a gentle hand on the shoulder or a quick touch of your arm. Just know if he’s touched you a few times, he’s interested!

Look at his feet! No matter if you’re sitting or standing, his feet will point toward where he wants to go. If one foot is pointed toward the door, that’s where he wants to go! If his feet are pointed at you, that’s a sign he likes you. Here’s a guy who wants to be anywhere else than where he is!

Another sign he likes you is to notice the size of his pupils. This can take some time to get used to doing. But, if you watch closely, his pupils will dilate when he’s looking at you and get smaller when he looks away. This is completely involuntary. Everyone’s pupils dilate when we look at things we like…a baby, a puppy, a flower or you!

Here’s one final little dating tip. If a guy likes you, he will do something about it. Guys love to chase. Don’t tear yourself up wondering where he’s at. If he wants you he will ask you out and be a true gentleman.