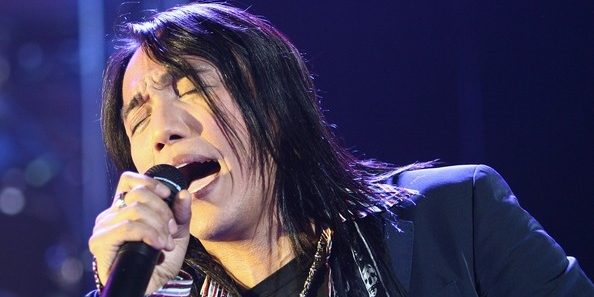 I have a friend on staff at the Boulder International Film Festival. Every year she asks me to go see a film. I want to support her and what she’s up to but it’s hard. I generally think ‘film fest’ is a code phrase for ‘depressing movies all in the same weekend’ so I’m always a little hesitant to go. Why should I pay good money and spend my time being depressed by what I see on-screen?
I told her this, and she thought I might want to see Don’t Stop Believin’. It’s a documentary about the legendary band Journey and their search for a new lead singer. It sounded the least depressing of my choices, so I went.

As I watched, I found myself sucked in to the story of Arnel Pineda, a homeless guy from the Philippines. His family fell apart after his mother died when he was a teenager, forcing him out onto the streets. Singing was his passion and he made less than $1 per day singing cover songs in bars.
A friend put his performance videos on YouTube. After an extensive search, Journey band members found him and asked him to audition. Instantly Arnel was thrust into the circus of full-time recording and touring with one of the world’s most famous bands.

I loved seeing the behind-the-scenes action of what it really takes to be a rock star. And I was fascinated by listening to his interviews about the pressures of singing to 20,000 people per night and having to make every note and move perfect while he knew many, many Journey ‘purists’ wanted him to fail.
The most interesting thing is that he said that he’d almost given up hope of finding success in music. And that’s precisely when he was asked to audition for the band. He found success against all odds: homelessness, being Asian, short and not cute (as he says). Why? Because he didn’t give up, even though he wanted to.
There’s a lesson in Arnel’s journey for us all. If you’ve got a passion, and something you know you’re good at– Don’t give up. Even when it gets hard and you doubt yourself, keep going. Success beyond your wildest dreams can be one phone call or e-mail away.

Now is a good time to revive that passion for whatever you do best and keep after it. If you don’t, you’re sure to fail. And who knows? Maybe, just maybe, you’ll find success beyond your wildest dreams…just don’t stop believin’!

Make sure you see Don’t Stop Believin’. You’ll love it. Look for it at your local film fest. I bet it won’t be long till it’s on Netflix!